We want to start by saying well done to all the skydiving teams who we sponsor and who took part in the World Championships. Especially to the NFTO girls on their silver medal in the 4way Female, brilliant! But just when you thought it was all over, it’s not. NFTO have already flown out to Bahrain where they will be competing in the Indoor World Cup which will be held at Gravity Indoor Skydiving wind tunnel.

There’s a slight line-up change with Kate Lindsley replacing Cath Anderson for this competition. Kate has a great 4way pedigree and also went to Gold Coast Australia for the World Champs in the 8way team, MicroClim8. Back in March they all competed together as an indoor line-up at the Bodyflight World Challenge finishing with a 24.4 average.

Regan Tetlow will be back in the hot seat commentating for all the skydiving teams and for those of you who remember, he was a regular at Hibaldstow back in the 1990’s and early 2000’s (who remembers team Angels of the North ?). We think the NFTO girls stand a great chance to add another medal to their silver this year. If you want to keep up with how they’re doing, their scores can be found below. Practice starts this Wednesday to set their team wind tunnel speed and it all kicks off on Thursday. Bring it on! 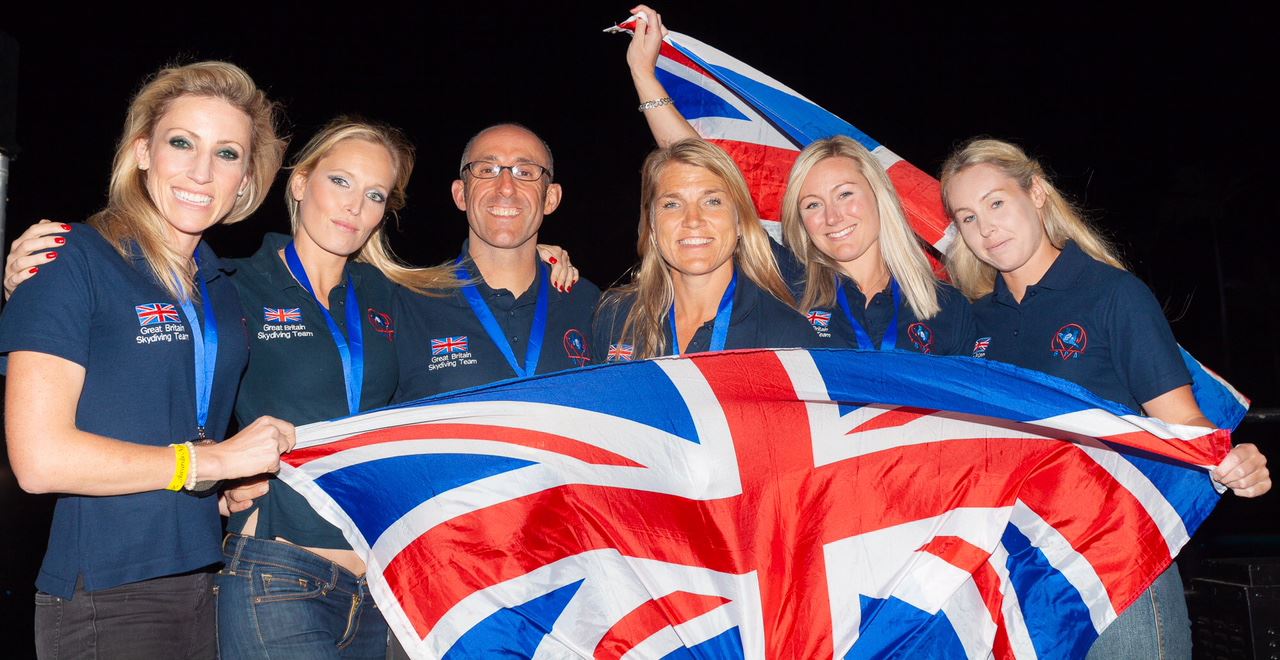 Want to join a 4way team?

Have you ever heard of the Satori Academy? It ran for many years bringing together like-minded skydivers over some 35 teams and 5 years of UK Nationals competitions. The idea is to create lots of skydiving teams with the same goals, training plans, categories and take lots of medals! Well, the exciting news is that they are starting up again with Julia Swallow and John McIver. The try-outs start soon and you can find out more by visiting their website: